Friday Musings: The Storm is Rising, but Jesus is in the Boat! 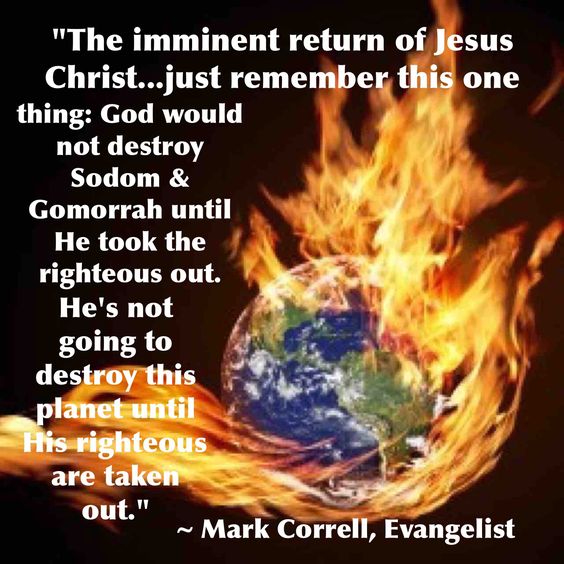 Dear Highly-prized and Greatly-loved Saints of the Most High!
I know we are all weary at what we see in the world. I know many of us are facing personal struggles and difficulties, along with attacks as satan unleashes his evil minions upon an unsuspecting population. We are not unsuspecting if we have the Holy Spirit living inside us. We sense evil and battle against it in the mighty name of Jesus and the power of His Word. But like any battle, we get worn out and injured and there are days we wonder if our King is coming at all. But I assure you He is!!   For He told us that when we see ALL these things starting, we are to look up for our redemption draws nigh! (Luke 21:28)
These "things" are more than starting. They are going full steam ahead. Those of us who walk in the light will know the season of His return. ( 1 Thess 5:4-5) If you're like me, you're sensing how close Jesus is to rescuing us.
The hardest thing for most people to accept when they hear of the things watchmen report is that real evil is not only in the world but in charge of the world. It takes a real paradigm shift to come to grips with the fact that we have been deceived and lied to for years, that satan worshipers who hate us have been plotting our demise for centuries, year by year gaining power and wealth, starting wars, putting their puppets in positions of authority, and plotting to create a One World Government with them in charge. I only came to understand this five or so years ago as the Lord led me to research various topics and step by step opened my eyes. I didn't want to believe it. I wanted to believe that my country's government was inherently good and noble and for the people and by the people. I didn't want to believe that George Bush Jr. (who I voted for and liked) was a part of 9-11 and belonged to a Satanic cult called Skull and Bones. I didn't want to believe that our own government assassinated Kennedy. I didn't want to believe there was a group of elites who gained incredible wealth by starting wars and profiting from them. I didn't want to believe that the company I worked for for 20 years, IBM, helped Nazi Germany and made the software that labeled and counted the Jews in camps. Or that many many American companies sold weapons and vehicles to both sides in the war, amassing fortunes.  I didn't want to believe any of it... but every time I opened my Bible and read, I read about God's enemy's plans--to kill, steal, and destroy, and to form a Global government that blasphemed the One True God. So what I was learning was lining up perfectly with God's Word.
We are on the precipice of the Tribulation. I know that because of the timing found in Scripture (the last generation Jesus spoke about and the 3rd day after his death and resurrection, etc.)  and because of the signs we see around us prophesied long ago and now coming true. There are too many to list here, but the main one of course is the mandated vaccine. What baffles me is that most Christians are completely unaware of the times in which we live. I mean, think about it. the government (globally) is forcing people to take something that without it they can't buy, sell, or trade. Hmm. Wait.. that reminds me of something, but what? Oh yeah,
He causes all, both small and great, rich and poor, free and slave, to receive a mark on their right hand or on their foreheads, and that no one may buy or sell except one who has the mark or the name of the beast, or the number of his name.  Revelation 13:16-17
Now, I know it's not the Mark yet, but my goodness, even someone with a casual knowledge of Scripture should stop and think.  The problem is most people, Christians included, do not have even a casual knowledge of Scripture, and in particular End times prophecy. So they go about their merry way, oblivious to the cliff they are about to fall off of. 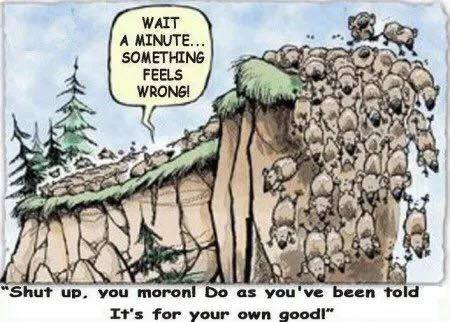 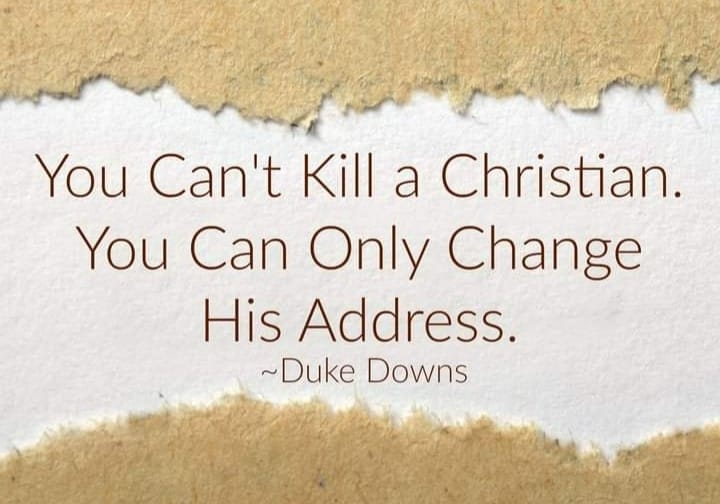 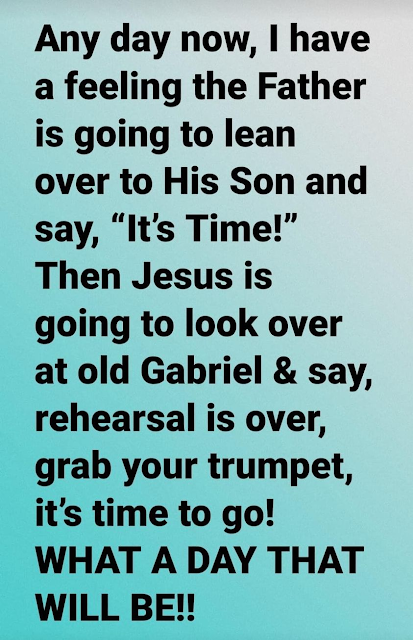 You are Invisible and Invincible to the Enemy! 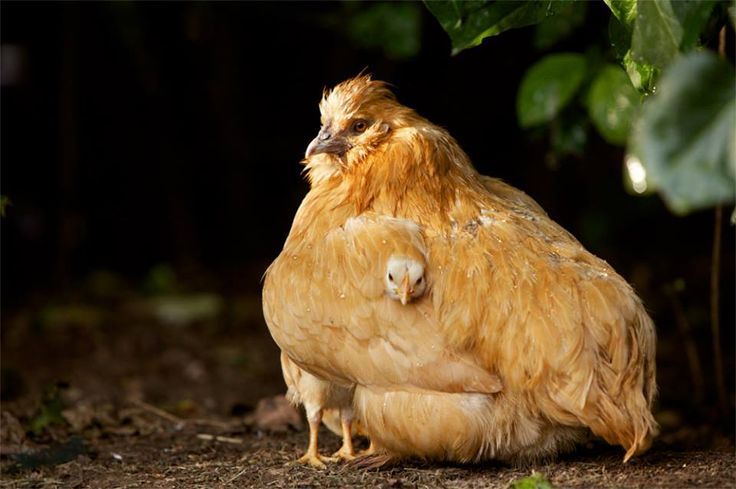 A pastor I trust recently had a dream in which he was ministering, preaching, pastoring a group of Christians. He heard something and turned around to see a massive army coming at him, but it was an unusual army. The uniforms were all very different and mostly from history... they looked like you would expect uniforms to look from Babylon, Persia, Greece, Rome, etc. It was a frightening sight. They were advancing fast and with great power, and there was nothing this pastor could do but continue to minister to the people. Oddly, as this army overcame him, they marched right past him and the people, moving past them as if they couldn't even see them. Shortly after this, he was taken up into the clouds. Later the Lord gave him the interpretation of the dream. The army is the army of the Beast System. It's the Beast Statue of King Nebuchadnezzar rising and conquering the world, as we see it begin to do now. Many of you feel like that beast is advancing toward you and backing you in a corner, but the Lord wants you to know that you are invisible to the enemy!
This reminded me, of course, of how a mother hen covers her chicks with her wings. I never really understood what that meant until I went to a farm and actually witnessed it. The mother hen not only covers her chicks beneath her wings, but she hides them. I watched as she gathered all her chicks, stuffed them next to her body, and then fluffed out her wings over them. There had to be a dozen chicks, but I could no longer see them. If an enemy came upon that hen, it would not have even known the chicks were there.
Of course this reminded me of Psalm 91.
He shall cover you with His feathers, And under His wings you shall take refuge;  Psalm 91:4
And these passages too
Keep me as the apple of Your eye; Hide me under the shadow of Your wings, Psalm 17:8

Because You have been my help, Therefore in the shadow of Your wings I will rejoice.Psalm 63:7
Remember when a mob of angry people grabbed Jesus, intending to throw Him off a cliff?
So all those in the synagogue, when they heard these things, were filled with wrath, and rose up and thrust Him out of the city; and they led Him to the brow of the hill on which their city was built, that they might throw Him down over the cliff. Then passing through the midst of them, He went His way. Luke 4:28-30
It wasn't His time, so Jesus was able, by the power of God, to basically become invisible to this murderous mob and slip away without them even knowing!  Do you think He will do less for you?
Remember Jesus told us that the devil will never win against the church
And I also say to you that you are Peter, and on this rock I will build My church, and the gates of Hades shall not prevail against it.  Matthew 16:18
But we are told that the devil WILL be able to conquer the Tribulation Saints
It was granted to him to make war with the saints and to overcome them. And authority was given him over every tribe, tongue, and nation. Revelation 13:7
This may seem like a contradiction until you realize that the church is taken out of the world BEFORE the Tribulation.
If you are a true follower of Jesus and you love and worship Him, you are part of the church. So, as we are all watching the beast rising in this world, seeing his army start to march, don't be afraid! Dwell in the secret place of the Most High, and He will draw you beneath His mighty wings, where you are not only invisible to the enemy, but invincible!
So, just like this pastor, don't watch the enemy's army, turn around and keep your focus on Jesus and what He wants you to do. He will protect you. He will provide for you. He will always be with you, right up to that moment you hear the trumpet sound and His call to you to "Come up here!"
Which I think is happening sooner than we think.
Posted by MaryLu Tyndall at 12:30 AM 16 comments:

Friday Musings: When the Enemy Comes In Like a Flood... 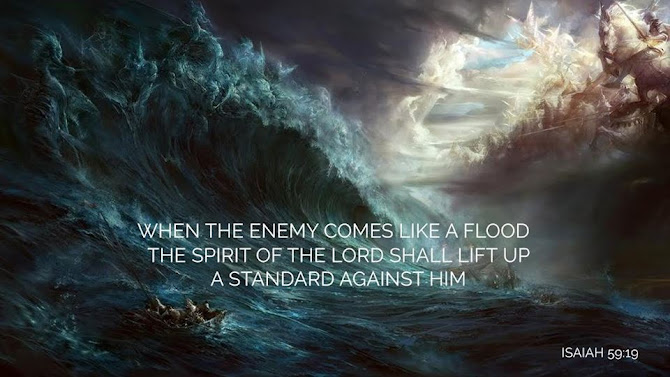 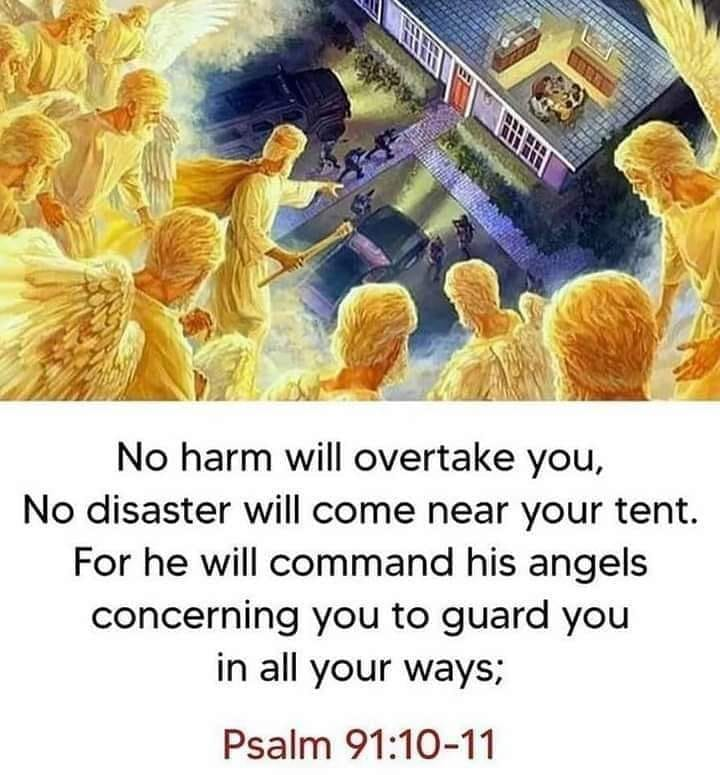 Any Questions whose running the New World Order?

David Spangler, Director of U.N. Planetary Initiative, one of the founding fathers of the New Age movement.
Posted by MaryLu Tyndall at 12:30 AM 7 comments: